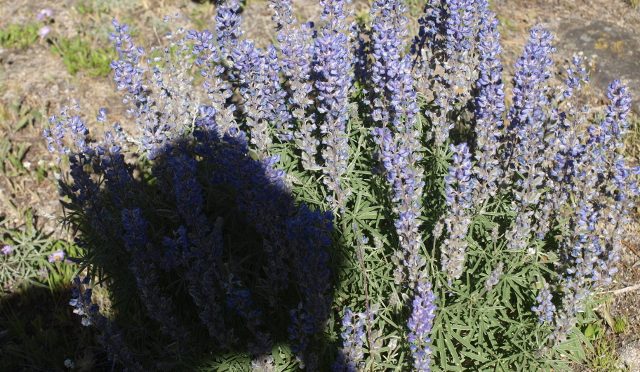 My road trip along the Continental Divide in the Rocky Mountains

I’ve always been inspired by monumental landscapes and my passion for nature took me on my road trip along the Continental Divide through the Rockies over 4000 miles through 6 US states visiting major Nat’l Parks and Indian Reservations. On my three week road trip with my dog Lulu, driving a strong Ford engine ¬ to proceed further into nature, I did not hesitate to take fairly good in shape dirt roads ¬I got to capture some impressive monumental gems of National Parks in Wyoming, Montana and Washington. Most Parks are located in ancestral Indian Reservations, which were the homeland of the Native Americans.

My road trip along the Continental Divide in the Rockies

began in the Medicine Bow Mountains southern Wyoming. Hiking and driving in Wyoming’s 2nd highest pass, the Sierra Madre and Snowy Range Scenic Byway revealed an immense diversity of landscapes. I threaded my way by car and foot through breathtaking overviews in 12,000 feet elevation. The light and the homeopathic amounts of pine scent in the air above timberline is a joy for the spirit. The dramatic sky holds a solemn quietness, being in a relatively undisturbed area that offers trails through wildflower filled meadows across rock fields, far up the spine of the Medicine Bow Range.

I began wanting to see more of these Mother Nature gem-places and directed my car to the 2nd destination, which lies northwest; to the Shoshone National Forest with the city Lander as a gateway to the Wind River Range. The Lander Front is the ancestral lands of the Shoshone Native Indians. A treaty in the 18th century established a legal basis for a Shoshone Reservation ¬ with over time changing boarders and owners. In the present the Shoshone Nat’l Forrest encompasses in the northwestern part the Sinks Canyon, in the northeastern region, parts of the Red Canyon, in the southeast the Limestone Mountains and southwest the Bridger-Teton National Forrest.

I began to want to see more of the Indian culture. The Indian tribe names are all over; on street signs, services and campgrounds, but I haven’t encountered a single Native American yet. It is the Natives ancestral background, a deluded vibration of awareness of the beauty and holiness of Mother Nature that embraced me. I decided not to embark on an educational Wind River Indian Reservation Historic Trail tour, a 70 mile round trip from Washakie to pay a visit to the grave of the last Indian Chief Washakie. I wanted to breathe in Mother Nature, see and smell the Fauna and Flora as much as I could. Instead, I peaked at “The Sinks” the geological wonder and the story around the underground disappearance of the Popo Agie River in the Sinks Canyon and swam in the Frye Lake and walked the Louis Lake Trailhead. My dog loved every minute; I could feel that we both were inhaling pure energy and the feeling of being nothing more than being part of Mother Nature. The day exploration loop ended with the scenic drive on the US Hwy by the Red Canyon Rim at sunset.
More of these along the Continental Divide discovery miles lead me through the southwest of Montana, to the Pioneer Scenic Byway, a route west from Butte that follows the wise river, historic ranching and offers do it yourself crystal mining at Crystal Park in the Pioneer Mountains. It’s open to the public for digging quartz crystals. Dig slow and careful at 7,800 feet and be aware of the sudden weather changes. More Montana history can be explored driving the Pintler Scenic Route; this route passes through the Anaconda-Pintler Wilderness, a vast swath of peaks pointing to the sky and with the fishing mega, Lake Georgetown and Silverlake.

To visit one of several Ghost towns that the miners left, due to no more gold findings, like Virginia City, Nevada City and Bannack, it’s best to visit www.southwestmt.com because most of them are difficult to get to without a 4-wheel drive. A route called Big Hole Battlefield leads to the historic site of the 20 battles of only 250 Nez Perce Indian warriors, women, children, old and sick, with a herd of 2000 horses, which were victorious against the army. This is the legend U.S. Highway 12, the National Historic Nez Perce Trail.
A quote from Peopeo Tholekt, who parleyed with the soldiers.

“I am Peopeo Tholekt. Looking Glass is my Chief. I bring you his words. He does not want war! He came here to escape war. Do not cross our side of the little river. We do not want trouble with you whatever!” Peopeo Tholekt ¬ (Bird Alighting), Nez Perce Warrior

I totally agreed with that attitude, and felt happy to swim in the Flathead Lake the biggest and cleanest natural freshwater lake west of the Mississippi, at the Polson Bay, where a bathtub made of rocks was built. I sat in this tub and loved the spectacular silhouette mountain panorama.

I also learned that Montana has real good red wine at the Winery in Dayton. It’s the soil that makes Montana wines special, and the mélange of different grapes gives the red wine a deep bouquet taste.

Getting further north on my road trip along

the Continental Drive in the Rockies

The Montana Audubon Society and the Boone Crockett Club, advocated the interest of native Blackfeet people and established the Glacier National Park. The East Glacier Park hiking is more of the beaten path and less frequented by big RVs. The two Medicine Lakes and the Red Eagle campground are in Blackfoot Reservation.

The site is surrounded by meadows of wildflowers, and I discovered a worshiping site of the Indian community. Lucky enough, I finally got to chat with young Blackfoot tribe members that were riding around in a buggy.

Further northeast the Glacier Nat’l Park is accessible through St Mary and the road winds to the Going to the Sun Rd¬ “the most spectacular highway bisecting the heart of the Glacier”.

The 50 mile road underpasses the cliffs below the Continental Divide at Logan Pass and passes by the shores of two lakes.

The Lake MacDonald and its emerald blue water and its fascinating silhouette mountains in the background are every photographer’s pearl.

Close to the West entrance, the Trail of the Cedars is one of the shorter and easier trails that passes through a hemlock and cedar forest. The Nat’l Glacier Park and the Canadian Waterton Park are the largest protected Parks with the most ecological diversity in the Rocky Mountains. The international peace park sits at the crown of the continent and ecosystems from the north, southeast and west converge at the narrowest point of the Rockies.

Hiking trails pass through a resin-scented forests of spruce and sub-alpine, lakes carry emerald green water and plains and mountains live in vivid contrast side by side.

My road trip was soon coming to the end, when I visited the 67-foot Peace Arch Historical Park in Blaine, a 3000 soul community, right at the unprotected Canadian Border. The white Arch finished in 1921 with a Quote: Children of a Common Mother and surrounded by a beautiful garden and sculptured trees.

Another highlight of my extensive road trip away from the Divide was yet to come. The whale watching boat trip with the San Juan Cruises that shipped us through a labyrinth of little island around the San Juan Islands and the Lime Kiln Point with its famous Lighthouse. We did not get to see Orcas on this day, because the best whale watch time is in October. Most Islands are habitat of people. The anecdote by the captain tells a story about a little Island, a man had bought to build a house on. What he didn’t know is, that it is not allowed to build anything close to 300 feet to an eagles nest. So the man had to sell the Island for far less than he bought it for. The island is now an eagle land.